Posted at 21:14h in Notícia by admin 0 Comments
0 Likes
Share

The Italian Vulcanair V1.0 four-seat single packs packs European flair and performance into a trainer for $278,000—about $100,000 less than competing models.

The welded steel-tube cockpit and aluminum-skinned, high-wing, single-engine trainer was designed in the 1960s as the P.64B by engineer Luigi Pascale of Partenavia fame and dubbed the Oscar. Hundreds are flying in Europe, and the aircraft has won praise for its ability to absorb bumps at unimproved airstrips—a favorite target for notoriously cheap pilots who’d rather not pay landing fees at paved airfields, so I’m told.

With its stout tricycle landing gear, predictable handling, and familiar U.S.-made systems including an updated fuel injected 180-horsepower Lycoming IO-360-M1A powerplant, the three-door Cessna lookalike is aimed squarely at the flight training and owner-operated markets in the United States.With three 210-pound men aboard on a 90-degree Fahrenheit day at Florida’s Miami Executive Airport, we selected 14-degrees of flaps for takeoff; switched on the fuel pump; and pushed throttle, mixture, and propeller controls full forward on the beefy center-mounted power quadrant. About one-quarter of the 5,000-foot-long Runway 9L slipped behind us before the recently uncrated blue-and-white European aircraft wanted to fly.

We smoothly pulled back on the leather-covered yoke to rotate at 65 knots. Solid and immediate feedback from pushrod-actuated control surfaces inspired my confidence in the trainer. The vertical speed tape of the Garmin G500 displayed Vx and Vy speeds, making climbout a breeze. Very little right rudder input was needed to keep us tracking the centerline.

“This baby really wants to fly,” I said to a smiling CFI and airline pilot Chris Benaiges, the CEO of Ameravia, the firm bringing the four-seater to the U.S. marketplace. He looked like a proud parent as the idea for a reasonably priced, well-equipped trainer that he set in motion three years ago, finally hit its stride.

Retracting the flaps at 100 feet agl with a simultaneous and well-timed pull on the yoke is the secret to a smooth transition, he advised, and we climbed out at 80 knots.

The Vulcanair climbed hands-off and was as solid as a rock as the deep blue Atlantic Ocean shoreline signaled our right turn toward the Florida Keys. We cruised down the coastline at about 125 knots on 11 gallons of fuel per hour at 4,500 feet, but we could’ve done better with more aggressive leaning.

Prior to the flight, the cockpit tube construction provided easy grab handles as we settled into leather-covered seats with grey diamond pattern stitching and blue accents. Interior panels painted bright white matched the outer fuselage color. The absence of fancy upholstery and other niceties signaled the utility and mission of the trainer aircraft.

A machined red fuel tank selector is positioned in the center of the front floorboard alongside headset inputs, a parking brake, and USB receptacles on the 2018 Vulcanair V1.0. Photo by David Tulis

However, much like settling into the cockpit of a Ferrari sports car or straddling a fine Ducati motorcycle, there were signs that the aircraft was designed to capture some of the spirit of those ground-bound vehicles.

Easy-to-read engine health feedback is compliments of a J.P. Instruments EDM 930 engine analyzer with fuel quantity and flow, cylinder head and exhaust gas temperatures, oil and manifold pressure, RPM, alternator, and other functions. On future models the JPI and the Garmin G500 dual primary and multifunction flight displays will be replaced with the Garmin G500 TXi 10.6-inch PFD/MFD as standard equipment, along with Automatic Dependent Surveillance-Broadcast In- and Out—but no autopilot.

The factory has been responsive to requests for modifications that suit the U.S. market, noted Benaiges and Mike McMann, the vice president of sales and marketing for Ameravia.

Height-adjustable seats, composite doors with opening windows, and a baggage door strut are high on the list of improvements for the next aircraft to make its way across the Atlantic from Naples, Italy. The manufacturer vowed to swap out the new doors—free of charge on existing models—when the operating window system is introduced.

McMann, a longtime aviation publisher and aircraft owner who was along for the ride in the rear seat (accessible through the aircraft’s third door behind the copilot), noted there was enough room in the front seats between me and Benaiges that we didn’t rub shoulders. That improved our comfort, but a right-side air vent intake scoop was inoperative, causing Benaiges to roast under the huge canopy skylight.

During air work, steep turns were predictable and easily verified inside and outside of the cockpit. Though we were well above the stall speed, the warning horn nagged us through a 45-degree-bank left turn, yet it was silent during the same maneuver to the right. A small amount of leading rudder was needed to initiate the turn before returning the pedals to neutral. A quick nose-up flick of the manual trim wheel kept us at altitude. (The trim wheel didn’t really need to be moved too far from the “takeoff” position no matter which part of the flight envelope we explored.)

With power set to idle, the friendly wing needed a moment to slow down before we could throw in the first notch of electric flaps at 78 knots, quickly followed by the second notch. Full flaps are 40 degrees, but Benaiges, who had about 10 hours in the subject aircraft, said we probably wouldn’t need full flaps, and he was right.

We slowed to 50 knots and pointed skyward at an incredibly steep angle before the Vulcanair reluctantly approached a stall. The aircraft mushed forward and lowered its nose but didn’t noticeably drop a wing. We quickly recovered with adequate forward yoke and power. Benaiges complimented me on my rudder coordination and said centering the slip/skid indicator helped keep the stall benign. In short, I felt comfortable and at ease because there were no surprises or drastic wing drops. This is likely to help bolster a typical student’s confidence while they really get to know the aircraft.

Power-on stalls came next with 14 degrees of flaps. We slowed to about 55 knots—considerably below the book-advised 65 knots for takeoff—and applied full power. With the nose pointed at an insane attitude above the horizon, directional control was gingerly applied with a slight rudder dance. Recovery, again, was quick and as predictable as before.

After the air work, we dodged some late-morning buildups threatening our route past Summerland Key Cove airport and called Key West International tower. Decreasing manifold pressure to 15 inches gave us 78 knots for the first notch of flaps. Two red lights and two white lights signaled a stable approach to Runway 9, and we landed a little slower than 60 knots, very much like a Cessna 172.

Some procedures are a little different than those of a late model Skyhawk. The constant speed propeller needs to be managed, although a fixed-pitch option is in the works to lower the hourly maintenance costs for flight schools.

Banking on future of flight training

The 2018 Vulcanair V1.0 has a Garmin G500 digital panel and good visibility through side, forward, rear, and skylight windows over the Florida Keys, Aug. 12, 2018. Future models will be outfitted with a Garmin G500 TXi digital panel. Photo by David Tulis

Benaiges observed that career pilots of the future will likely need to be familiar with glass cockpits like the one installed in the Vulcanair V1.0 so they can hit the ground running when the looming pilot shortage makes its full impact felt within the next few years.

Ryan Maxfield, the business development director for Aero Management Group, said the Midwest-based Part 141 flight school is committed to purchasing 11 new aircraft in 2018, and 25 more in 2019. Maxfield was in Miami to get checked out in—and pick up—the firm’s first Vulcanair V1.0. He added that the fleet of aging training aircraft was a detraction to incoming career aviators—and their parents—who are used to seeing more plush surroundings in today’s environment.

McMann echoed Maxfield’s observations and added that he’s done research on the quantity of training aircraft in the fleet and the number of hours needed to train new pilots aspiring to full-time aviation careers. The conclusion is there aren’t enough aircraft—or students—to sustain the air travel numbers that jet-maker Boeing has predicted for the next 20 years.

The Italian factory plans to produce three aircraft per month by the end of 2018 and sees its market “right now as predominantly for flight schools,” said McMann.

The Vulcanair V1.0 is seen as an alternative to the venerable Cessna Skyhawk, Piper Archer, and Diamond DA40, and it is priced well below the competitors. “We are more than $100,000 less in cost” than comparative four-seaters, McMann pointed out, adding that the Vulcanair offers slightly superior performance. He recalled that “about 300” were manufactured in the 1960s before Vulcanair gave Pascale’s original Oscar model a thorough 21st century modernization.

Ameravia’s literature boasts that the aircraft is “built tough to hold up for decades in the aero club and flight school environment, with high utilization by low-time pilots.” McMann noted that the original fleet dispatched through Europe and elsewhere “held up and they’re still flying.”

Look for a more complete flying report in the November issue of AOPA Pilot magazine.

Sorry, the comment form is closed at this time. 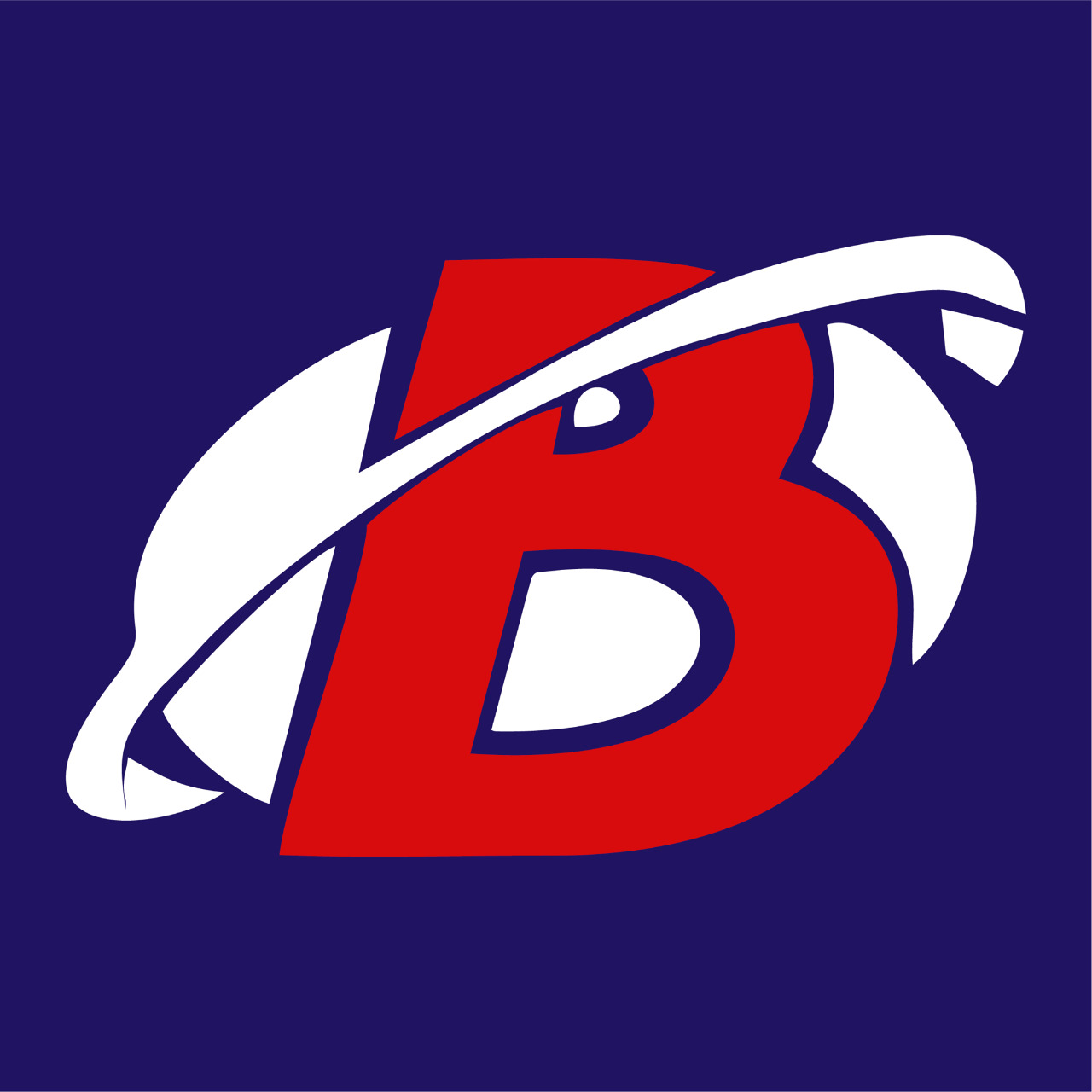